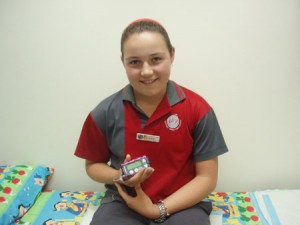 Kayla adapted very well to insulin pump therapy and hey blood sugars are between 4 and 8 mmmols for the majority of the day.

Her family have had to make no changes in their daily routine to support Kayla and her sporting events. 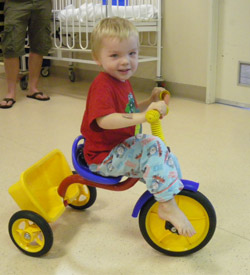 Charlie aas diagnosed on new years eve with type 1 diabetes. During his initial admission to their local hospital, Charlie’s parents were informed about insulin pump therapy for the treatment of type 1 diabetes.

Charlie was referred to Dr Price and myself to commence insulin pump therapy five days after diagnosis. Charlie has now returned to his previous good natured self and his blood sugars are between 3.5 and 8 mmols.Charlie’s parents are pleased with the decision to start Charlie on an insulin pump. Charlie’s diagnosis has not changed their family routine in any way.

Charlie claims he does not have diabetes any more! 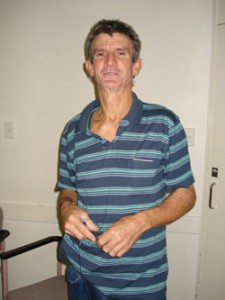 Robert leads an active working life as a builder with type 1 diabetes. For many years he has manage his diabetes with an insulin pen. Robert was not keen to start pump therapy until his doctor highly recommend that he try it.

After two days on an insulin pump he said he would never go back to insulin pens.

Since starting on an insulin pump his blood sugars are more stable than ever. 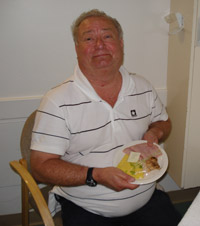 Apart from Richard’s diabetes, he has had a renal transplant and suffers from poor vision.
Since starting on an insulin pump, his eyesight has improved and he has had more energy.

Richard tells us that his management of his insulin pump is giving him better control of his blood sugars. Richard is extremely happy with his decision to switch to insulin pump therapy and would not consider going back to an insulin pen. 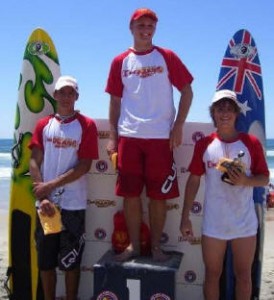 Blake’s HbA1C is 7% on an insulin pump, down from 10% on pens. Blake is a very active individual and manages his blood sugar in the water, on sand running, on a surf ski, all without any major lows.

In addition to diabetes, Blake has coeliac disease which he manages through diet. The insulin pump is helping blake lead a very active lifestyle

Blake has done very well in Surf Life Saving where he trains three times a week and volunteers his time on weekends patrolling the beach. Belonging to a club has been very positive for Blake, giving him fitness, a sense of pride and belonging, life long friendships and he is amongst people like Ken Wallis who has won gold and silver medals at the Olympics.